While global growth of youth travel seems certain, one factor remains critical for attracting Millennial and Z travellers to your destination – and it’s not avocado toast or free wifi.

According to the New Horizons IV survey of more than 57,000 young travellers globally, the most important motivations to travel relate to desires to experience destinations and their cultures and increase (self) knowledge. More traditional holiday motivations, such as relaxing, are less important to young travellers. 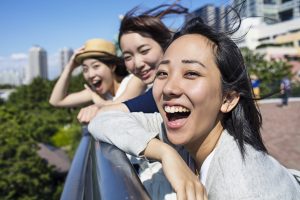 “Many destinations ask me how they can tap into the power of youth travel, how they can attract more Millennials or prepare for Gen Z travellers or even Alphas,” said David Chapman, Director General of the World Youth Student and Educational (WYSE) Travel Confederation. “My answer to them is usually in the form of a question: Have you looked at your country’s policies around cultural exchange?”

WYSE Travel Confederation has observed that the top five destinations for young travellers have remained fairly consistent since 2007, with two interesting exceptions: the USA and Australia.

The USA has been the top destination visited by young travellers since 2007 and remains so today, however, its share shrunk considerably in 2017 when compared to 2012, dipping down close to its 2007 proportion.