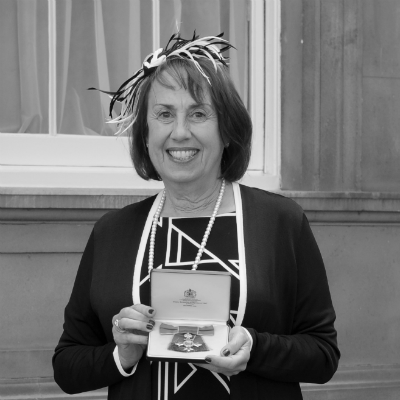 Sandra founded her agency, Childcare International, in London in 1986 and has been actively involved in the au pair industry since that time. She became a Founder Member of IAPA in 1994 and was a member of its executive board for many years. She served as Chairperson of BAPAA (the British Au Pair Agencies Association) until 2015 and still remains on the board as Treasurer. Sandra was also one of the main instigators in setting up the European Committee for Au Pair Standards (ECAPS). Sandra was appointed a Member of the Order of the British Empire (MBE) in 2017. The award recognised more than 20 years of voluntary service dedicated to establishing and promoting high professional standards for the unregulated au pair industry, as well as representing the industry at international and government levels and supporting its global cultural exchange programmes for young people. Working with other BAPAA board members, Sandra has liaised with government departments on many issues including visas, points-based immigration, the Vetting and Barring scheme and the National Minimum Wage. With the Department of Business, Innovation and Skills (BIS) she assisted in providing a much-needed definition of an au pair and she continues to advise on the possible impact of Brexit on au pair cultural exchange programmes. In recent months Sandra, together with BAPAA’s Chair, Rebecca Haworth-Wood has met with representatives of the Migration Advisory Committee at the Home Office in London to discuss arrangements post Brexit for au pairs and they have also submitted written evidence to the Treasury Committee’s enquiry into childcare provision in the UK and its influence on the economy, stressing the immense importance and value of the au pair programme to host families.

Dealing with uncertainty: Brexit and the cultural exchange sector